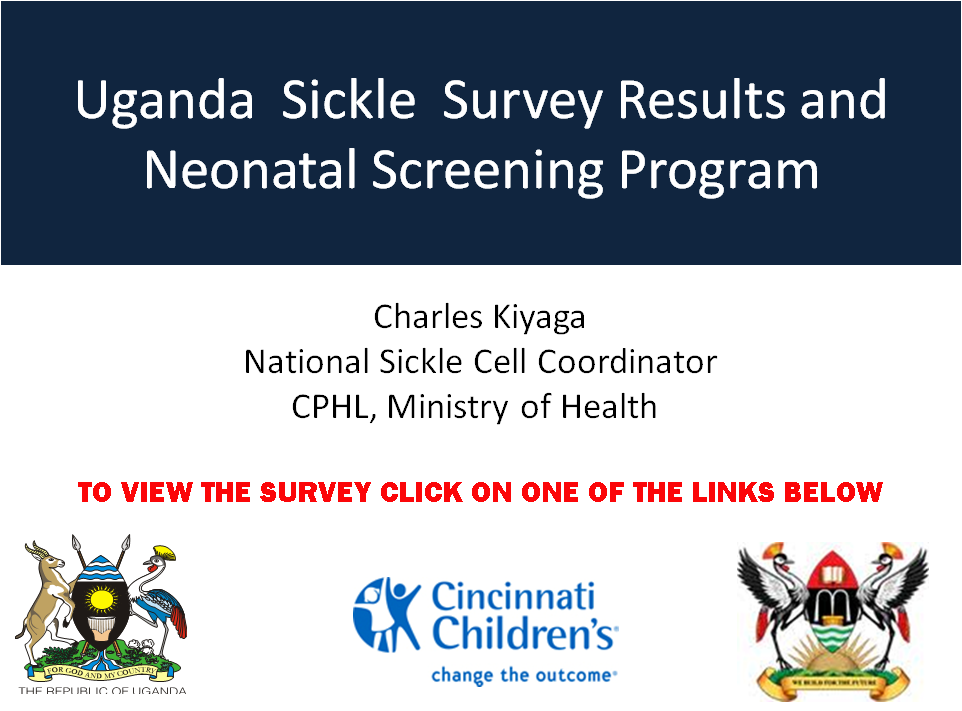 The Survey in Microsoft PowerPoint format

The Survey in Adobe PDF format 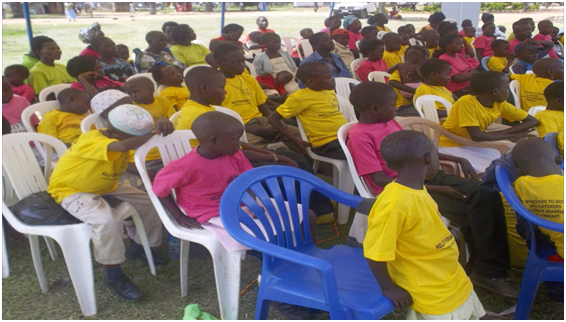 As Uganda marks World Sickle Cell Day, more than 300 patients in Luweero and Nakasongola are crying over lack of drugs and high costs of carrying out confirmation tests for the disease.

Children suffering from sickle-cell in the Health Centre 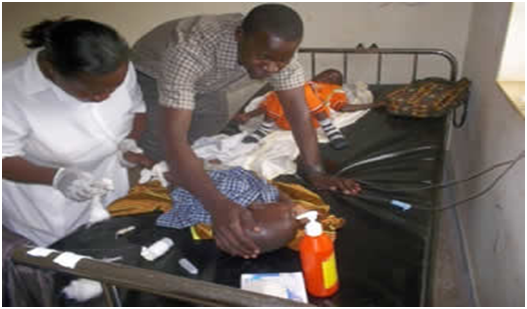 Four patients sharing one bed, they are receiving drip fluids with a family member standing aside

A resting baby during admission 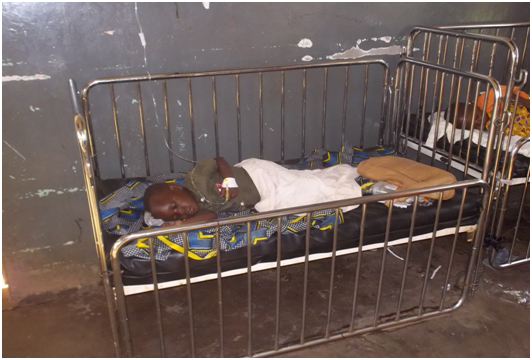 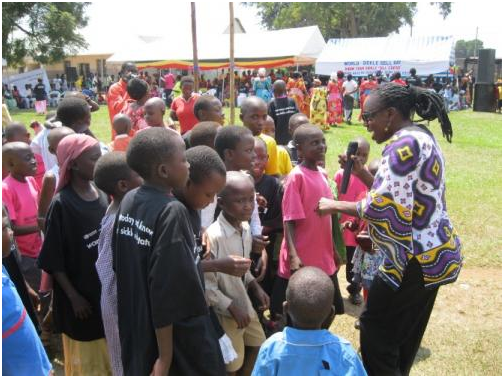 Information from the Sickle Cell Association of Uganda and Ministry of Health indicates that at least 33,000 babies are born with Sickle Cell annually, of which 80% die before the age of 5.

World Sickle Cell Day is marked every 19th June to create awareness about the disease, but Uganda marked the day in Luweero district on July 10th under the theme “Know your Sickle Cell Status,  Test Now.”

The Coordinator for Luweero Holly Foundation-Sickle Cell Group, Isaac Ssebakijje, says the disease is on the increase but it’s unfortunate that the government has not invested in its treatment. Ssekabajje explains that a sickle cell patient needs a package of pain killers and vitamin tablets, blood and water transfusion, food supplements and counseling among others on a regular basis to live another day. These services are, however, not easily accessible in government Health Centres Three and Four in the area.

Ssebakijje explains that patients from Luweero, Nakaseke, Nakasongola, parts of Wakiso and Kiryadongo trek to the only non-government sickle clinic at Kasana Health Centre IV which is also poorly facilitated and cannot carry out confirmatory tests for the disease.

He adds that due to the distance to the Kasana Sickle Cell Clinic, patients sometimes go without drugs – yet the drugs are their lifeline.

Hasifa Nakayi, a parent whose 14 year old child is a sickler, says Butuntumula Health Center III which is near to her can only offer pain killers. Drugs like Hydroxyurea and vitamin supplements, as well as blood and water transfusion are not readily available and also expensive to access in private hospitals. Nakayi says she spends 10,000 shillings per visit to Kasana Sickle Cell Clinic which is too much given to her low income. She says these challenges have led her child to drop out of school due to poor health.

David Ssemwanga, another parent, says testing for sickle cell status is impossible and yet the machine at Mulago National Referral Hospital runs out of reagents frequently, forcing people to look for the service in private facilities at prohibitive cost.

Aisha Namubiru, a sickler, says the disease strikes her so often that she languishes in severe pain and waits for Tuesday – the only day when Holly Foundation at Kasana Health Center IV special clinic opens. Namubiru says that in Nakasongola, there is no single health centre that can offer the package of drugs for sicklers. She has to spend over 15000 shillings to come to Kasana. Namubiru appealed to the Ministry of Health to open up special clinics at Health Centre Three level.

The Director General of Health Services, Doctor Jane Ruth Aceng, admitted that the health facilities are not equipped to handle the cases of sickle cell disease. She, however, says that the ministry has embarked on campaign of conducting a survey to ascertain prevalence rates of the disease so as to fight it. She also promised that the ministry is planning to extend hydroxyurea drug and Pneumococcal vaccine in health centres in the fight against the disease.

What is Sickle Cell disease?

According to the World Health Organisation (WHO), Sickle-cell disease, or sickle-cell anaemia is a life-long blood disorder characterized by red blood cells that assume an abnormal, rigid, sickle shape. It is characterized by a modification in the shape of the red blood cell from a smooth, donut-shape into a crescent or half moon shape. The misshapen cells lack plasticity and can block small blood vessels, impairing blood flow.

WHO says the disease occurs more commonly in people descending from people living in parts of tropical and sub-tropical regions where malaria is or was common. One-third of all indigenous inhabitants of Sub-Saharan Africa carry the gene, because in areas where malaria is common, there is a survival value in carrying only a single sickle-cell gene commonly called a sickle cell trait.

It is estimated that each year over 300,000 babies with severe forms of these diseases are born worldwide, the majority in low and middle income countries. www.redpepper.co.ug/…ell-patients-in-luweero-hit…